Withybrook Villager of the Year Named 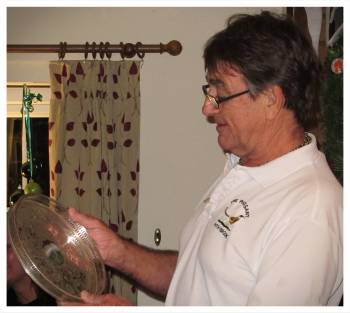 Fifteen villagers got together at the Pheasant to see the New Year in, but it was the landlord Derek Guy who was the centre of attention.  Richard Dunn, Chairman of the village hall committee announced Derek as Villager of the Year and presented him with the village plate.  Derek was given the award for his outstanding support to the village hall over the last year and for his long term support to the youngsters of the village.  There can't be many youngsters in ther village who haven't worked at the Pheasant and had their first taste of a real job.